This page provides short descriptions and links to talks we have given to our local chapter of the Cactus and Succulent Society of America (CSSA) or to other groups such as Audubon Society chapters.  All of these talks can be used freely by others for educational purposes.

A CONCISE LIST OF OUR TALKS CAN BE SEEN HERE

More technical talks related to biogeography or meteorology can be found on this page.

We may be available to present these talks, or others, to your group.   We would encourage readers of this page to look over these talks and consider whether they would be of interest to your group.

These presentations are being put online because we want other groups or individuals to use them!  We know that many  nature organizations/clubs have difficulty arranging new material for their routine meetings and this page is a small effort to help with that need.   Again, a “live presentation” conveys more information than one lacking the speaker, so we may be available to present these talks.    In the future, giving a presentation either via the internet (ala Google Hangouts or something similar) or an audio recording to accompany the visual presentation may be feasible.

Because we wanted to include quite a few photos of good quality on our website we decided to link to our Google photos site, which has more hard drive space available than our WordPress account.  So, when you click on some of the Talk links below you will go to “Google Photos”.  Using Photos has some quirks, so we explain here what you need to do to see the information related to each photo.  For example, clicking on the link for San Miguel de Allende will bring up a mosaic of thumbnails looking something like this:

Now, you should click on any one of the thumbnails to get a larger image.  You can adjust the size of your window to get an image up to 1680 pixels across – the size of the images we uploaded (from their original size of 6000 or 4800 pixels across).  After getting the larger image you should then click on the small “i” icon (information) in the upper right corner.  This will open something like:

Now you should see the “info” side panel.  Any text we have added to explain the photo will appear here at the top, followed by the camera settings and the type of camera.  (The size of the image is after my reduction – the originals were larger.)  Note that if we didn’t add any text the line may say “OLYMPUS DIGITAL CAMERA”or something similar by default.

If you don’t see the info side panel you should click on the “i” in the upper right corner.  The panel should open.  You can present a nice “clean” slide show without the information panel open but you really need to display the info panel to be able to fully understand the reasons why we are showing the slides.

Since we often make corrections or additions to our talks,  this is an easier way to update the information related to any photo on our website.

Australia with a birding focus (2017)

We have prepared a three-part talk mostly based on a seventy-day 2016 trip to Australia, but also including some material from an earlier (2010) trip.  The material is somewhat too long for a single talk, and we have split it into three distinct Australian regions, the tropical north, the southwest and the east.

This is a compilation of images taken during many trips to one of our favorite locations.  The talk is intended for a 50 minute presentation by cactus clubs that might want to show what the Park is like.  As such, it has a focus on succulents, though aspects of the climate, geology and biogeography are discussed. 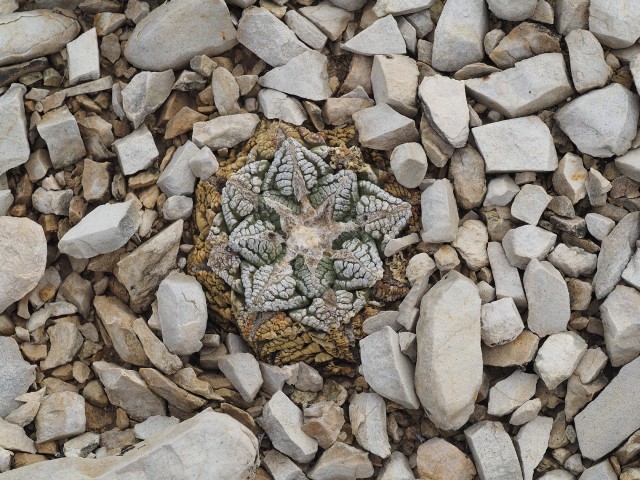 This is a summary of 27 days traveling in Madagascar in 2015, as part of two separate tours.  The first was an 18-day succulent plant tour and the second was a 5-day tour of moist regions by a local tour company.  A talk on Madagascar’s natural history is here:

A lengthy report on the 2015 trip can be found here. 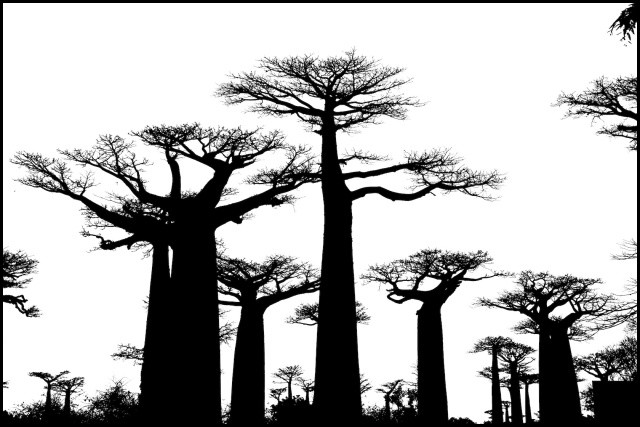 We spent 17 days in the Canary Islands on return from a trip to Romania in June 2014.  The westernmost four islands were visited, with the objectives of seeing not only the succulent plants but also the volcanic landscapes, the moist laurisilva forests critically dependent on fog drip, and other features of the islands.  We stayed in casas rurales to avoid the crowded tourist resorts in coastal areas. 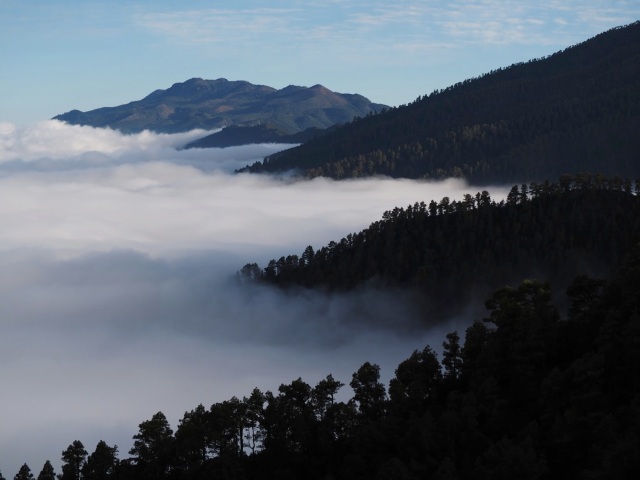 While we are developing a more complete slideshow on using Google Earth for succulent plant exploration please see what has been published in The Cactus Explorer newsletter.

This talk describes four botanical gardens we visited during our August-September 2013 stay in Mexico City while one of us was advising the Mexican Weather Service.  The gardens are all different and, to varying degrees, incorporate the natural landscape into the garden design.  For the two “wilder” gardens, near Tehaucan and Meztitlan, we have included many images of the surrounding landscapes, since the gardens, though extensive, don’t show the full variety of succulent plants within the confines of the official “Garden”.  The following 5 links can be presented as one talk. 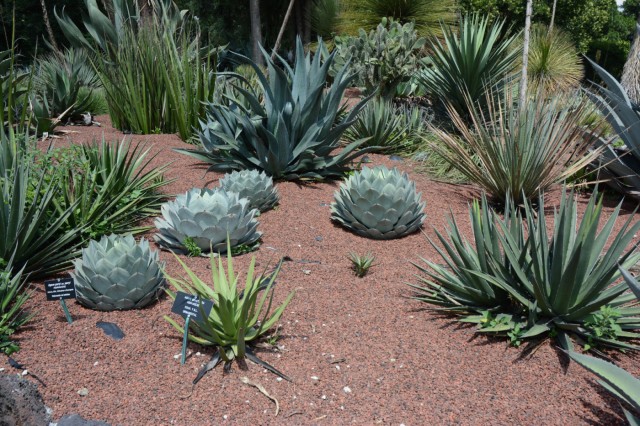 A Botanical Garden in mostly natural terrain near Zapotitlan Salinas, about 20-30 minutes drive southwest of the city of Tehuacan 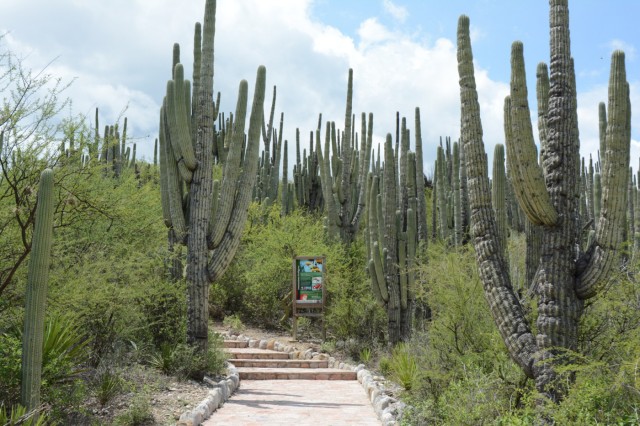 A developed botanical garden on the outskirts of San Miguel de Allende, a touristy town northwest of Mexico City

The Richtersveld of South Africa (2013)

This is a summary of three days we spend in the Richtersveld National Park in northwestern South Africa in November 2013.  This is an exceptionally rich succulent plant habitat, in part due to exceptional geological diversity.  The talk contains introductory material to place the region in context of other areas in southern Africa we traveled to during our trip. (Note that we have been to South Africa six times and will be putting more material online in the relatively near future – as we will with other regions where we have traveled.)

Overview of the Deserts of North America   Part 1-2

This is a quick overview of different desert regions of North America, north of central Mexico.  It focuses mainly on the Sonoran and Chihuahuan deserts and some subdivisions.  It is definitely not an authoritative exposition – mostly intended to fill a gap in our local CSSA chapter’s programming!  But for someone not aware of the diversity of succulent plant habitats in North America it might provide a useful overview.  Be sure to read the sub-captions that have been added.

We traveled to southern Florida to attend a Biogeography Conference in Miami and took advantage of this travel to explore some well-known natural habitats in the region.  We also visited the Fairchild Tropical Gardens.

We spent 15 days in the Galapagos in February 2012; this was 98% vacation but one of us also gave a talk at the Charles Darwin Research Station on the climate of the Galapagos Islands.  We visited three islands (plus Baltra for the arrival).  We took small island-hopping water taxis for transport between the islands.

A conference trip in June 2011 allowed us to visit the Asa Wright Nature Center for 3 nights.  This link shows photos taken there.

A work-trip to Santo Domingo and their National Meteorological Service was preceeded by a short vacation to the western part of the Dominican Republic to see tropical dry forest cacti and other plants.

These powerpoints describe a personal trip we made to Australia in November-December 2010.  It was our first trip to Australia (either for work or pleasure) and we rented a small camper van in Melbourne and drove to Darwin, thence to Cairns from where we flew back to the US.  Thirty one days and about 6000 miles.  We chose the warm season to increase chances of seeing wildlife (nocturnal) and minimize cold weather in southern Australia.  We wanted to see the early wet season in the top end because of the increased activity of amphibian and all other food-chain items, but the heat and humidity was a bit rough for sleeping.  We took a few nights in air-conditioning instead of sleeping in our camper van (which had no AC).

We spent one week traveling with a personal driver after a two-week course in Kumasi where one of us was one of the many instructors.  Mole National Park was the highlight where we spent three nights and saw quite a bit in relaxed conditions (and exceptionally low cost compared with what one might pay for a “safari-type” experience elsewhere in Africa).  Ghana 2010

After a work-related trip to Paraguay to present a short course to the Paraguayan Met Service we flew to Buenos Aires and then to Tucuman to rent a car.  We drove across the Andes to the Chilean coast and thence northwards to Calama before re-crossing the Andes to Argentina.  (We have taken many trips to the region of northern Argentina, Chile and neighboring countries.)

We took a 17-day guided tour led by an Argentinean botanist, Guillermo Rivera, to the drier parts of Brazil. We were also accompanied by a Brazilian botanist.  The focus of the tour was on cacti and other succulents and bromeliads – especially lithophytic ones.  The habitat photos should be of interest to anyone contemplating travel there – though for the most part we were far off the beaten path of most tourists.

Below are two power points that were presented during a 2-hr talk given at the Biennial Convention of the Cactus and Succulent Society of America, held in Tucson in April 2009.  Without any audio many slides are less than obvious and some animations of satellite imagery don’t work.  Also, this is early satellite cloud climatology work (much improved since then).  Keep in mind that this audience was more horticultural in nature – not scientists for the most part.  Nonetheless, they should be of interest to botanically-inclined scientists.  This talk should be updated with more recent results.

These talks describe how to plan your nature-oriented travel more effectively.  They were given to a public audience in Norman in 2015. 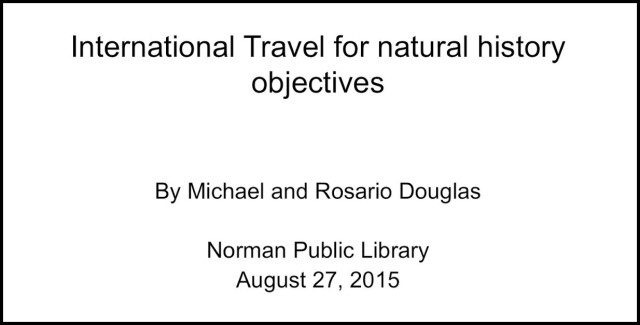 This talk was given in May 2016 at the Overland Expo at Mormon Lake, just south of Flagstaff, Arizona.  The audience was mostly “over-landing” people – those that travel over land to explore.  For a 141 mb Powerpoint – this allows you to see a couple of animations you can’t see otherwise.  See Google photos link for more text explaining each slide – be sure to click on the “i” to open the info tab.