We visited this Wagendrift Lodge in October, 2013 during our long Southern Africa trip.  We were looking for a place  between the Tankwa Karoo National Park and our place in the Little Karoo.    The closest town to this lodge is Lainsburg.

We arrived in the afternoon and were greeted by the owner and shown to our rooms.  We had the lodge to ourselves since they do not rent to separate groups at any one time.  We were impressed by the views, the grounds and the general condition and layout of the lodge. 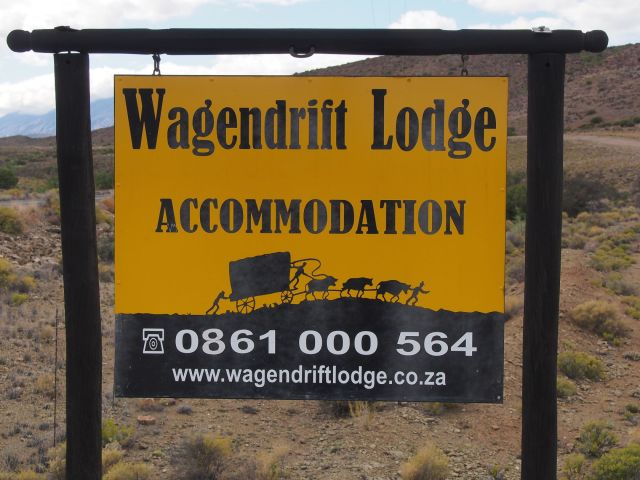 The sign is right next to the main road. 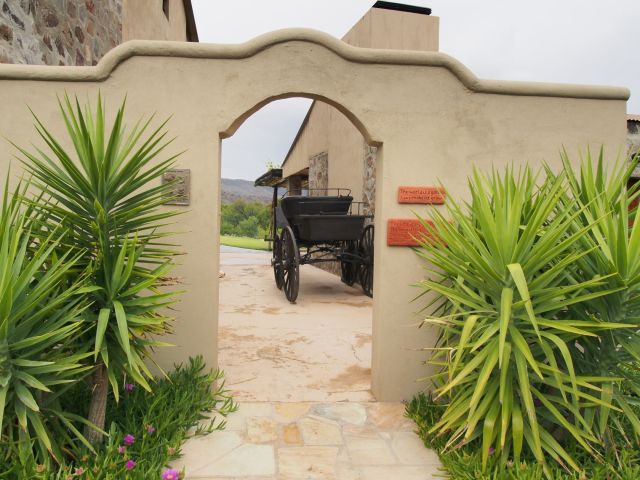 The entrance to the lodge.

The lodge consists of a very nice stone building with an adjacent area for cooking and lounging.  Low hills partially surrounding the property provided nice views from different areas of the lodge. 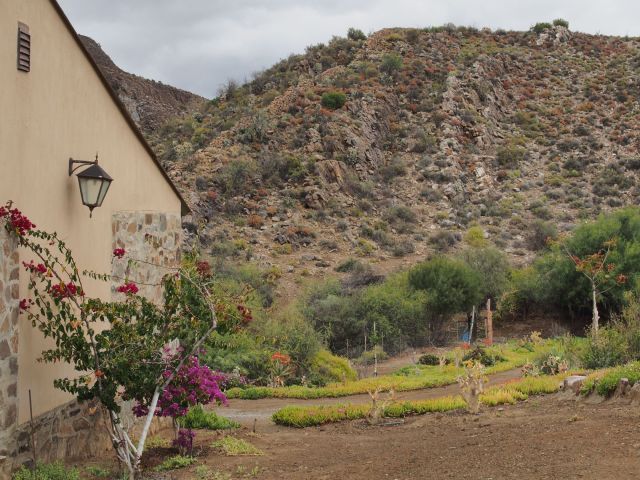 Views of the hills from the parking lot.

Succulents from the area were also planted in the lodge grounds.  Of especial note were the flowering aloes that were attracting late numbers of Malachite sunbirds and Southern Double sunbirds. 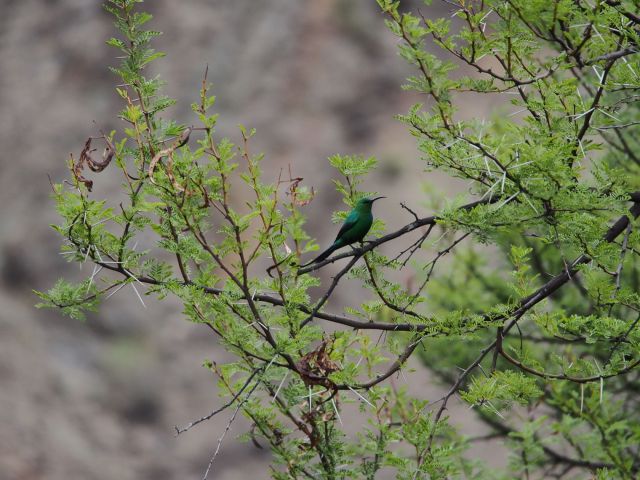 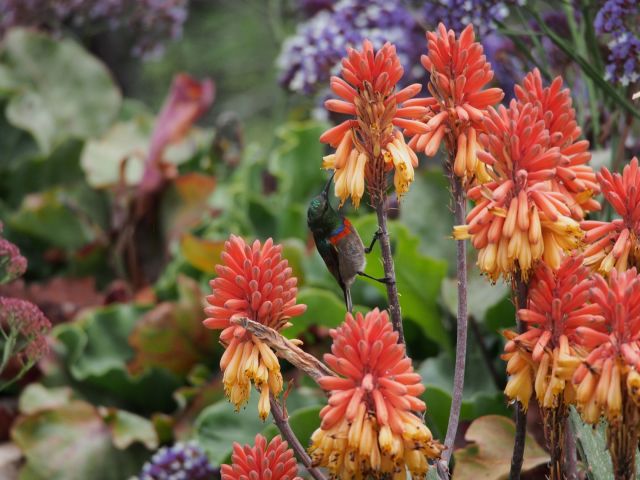 There is a very large kitchen/lounge area near the rooms and this kitchen was fully equipped including a very large meat freezer.   Adjacent to the kitchen is a large covered patio with fireplace and tables and comfortable chairs to enjoy al fresco dinning.  Also from this area you have views of the swimming pool.  This lodge is well suited for groups given the lounge and kitchen facilities. 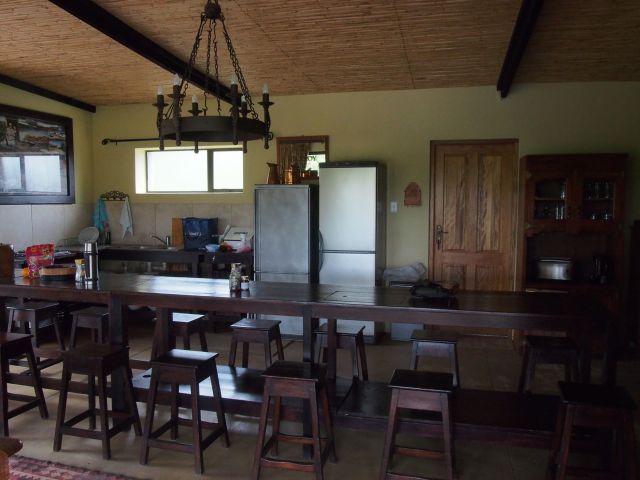 The pool was nice, but the water was a bit cold in October. 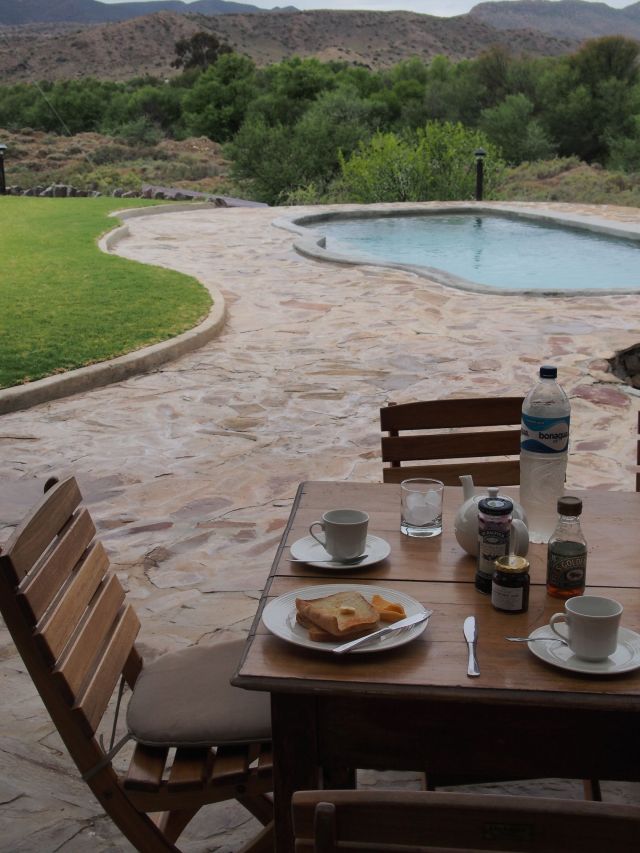 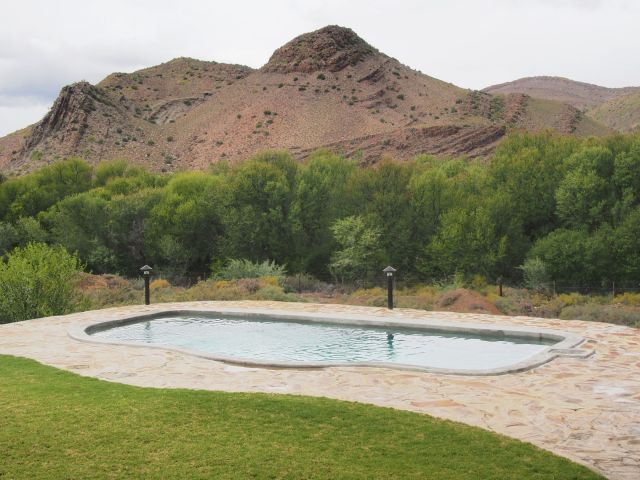 There are about 6 individual rooms available for rent and there is also a separate cabin or two. 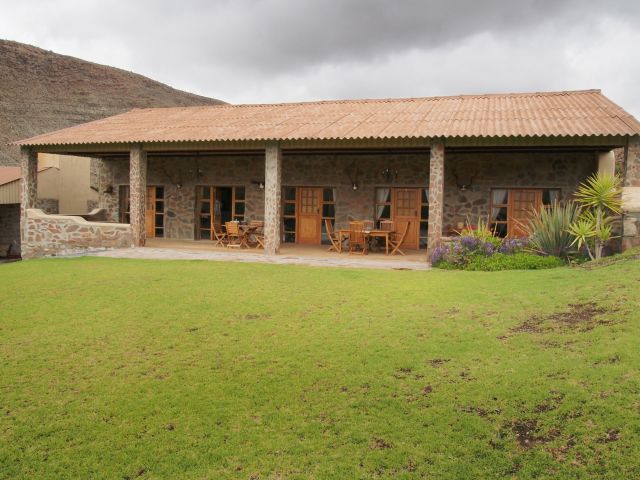 The high ceiling rooms were nicely decorated and had their ensuite bathrooms as well as comfortable beds. 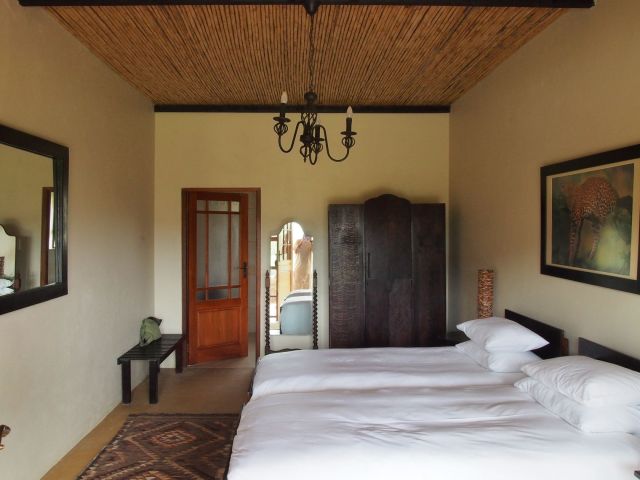 Wagonsdrift Lodge is partially a working farm and the owner told us he had about 400 sheep.  There are hillsides and land to explore and, besides the nice views, we saw a variety of succulents  while exploring the day we arrived and then again next morning. 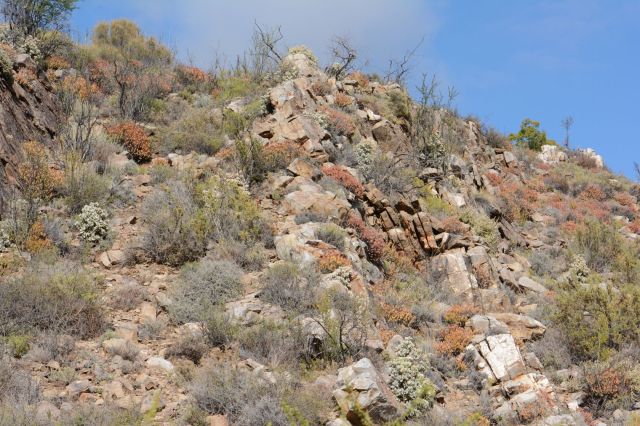 Many succulent plants in the hills near the lodge. 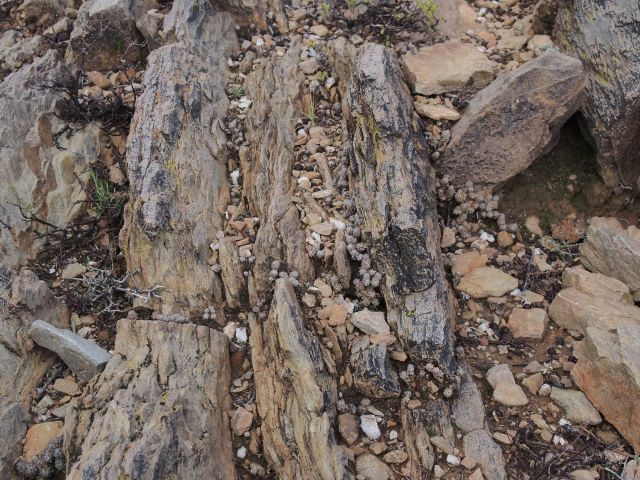 Rocky terrain near the lodge.  Good habitat for succulent plants. 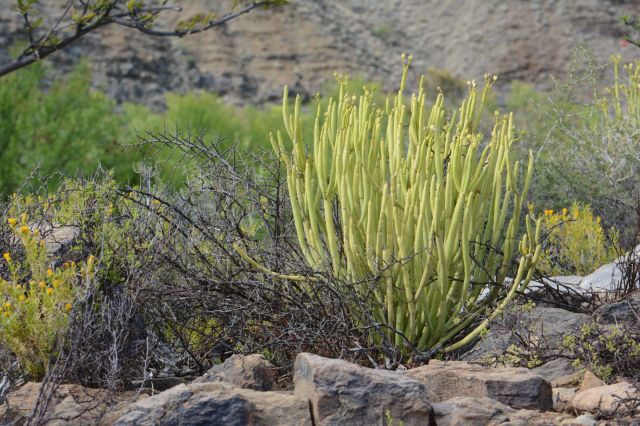 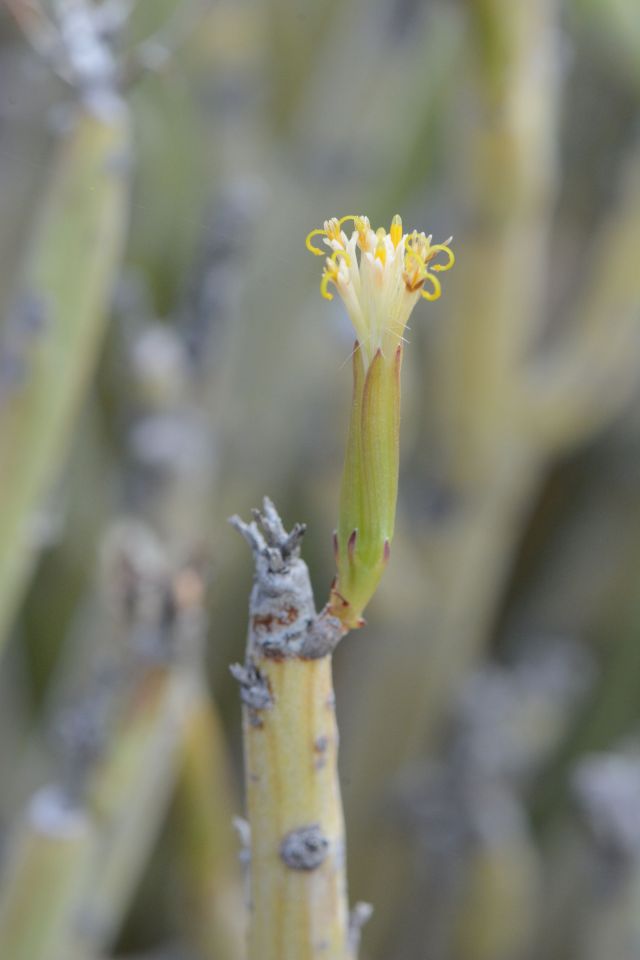 October was a good time to see some of the succulents flowering.  This is the flower of Senecio longiflorus. 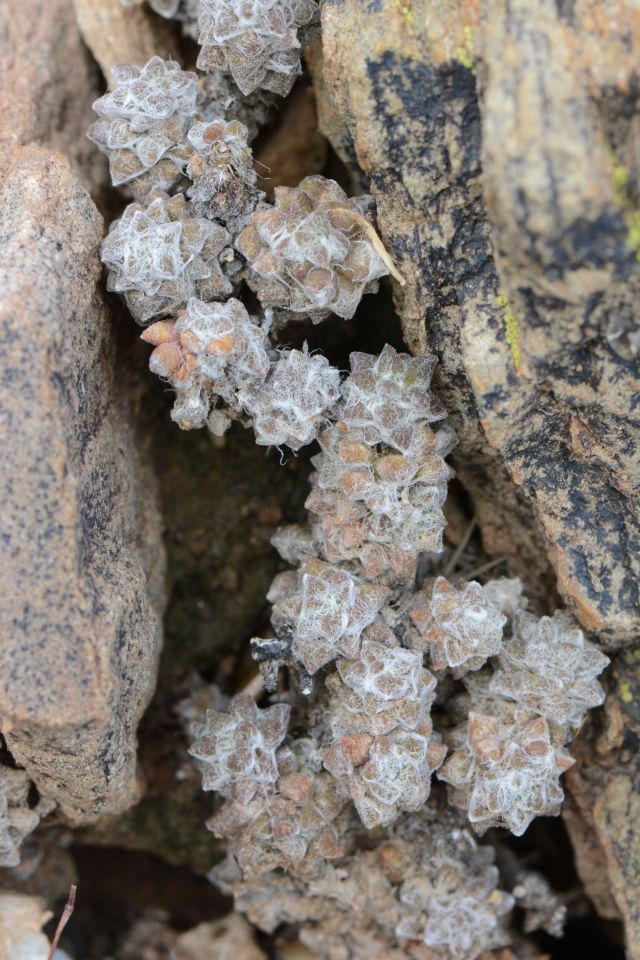 Rocky habitats are good habitats for succulents such as this Anacampseros arachnoides. 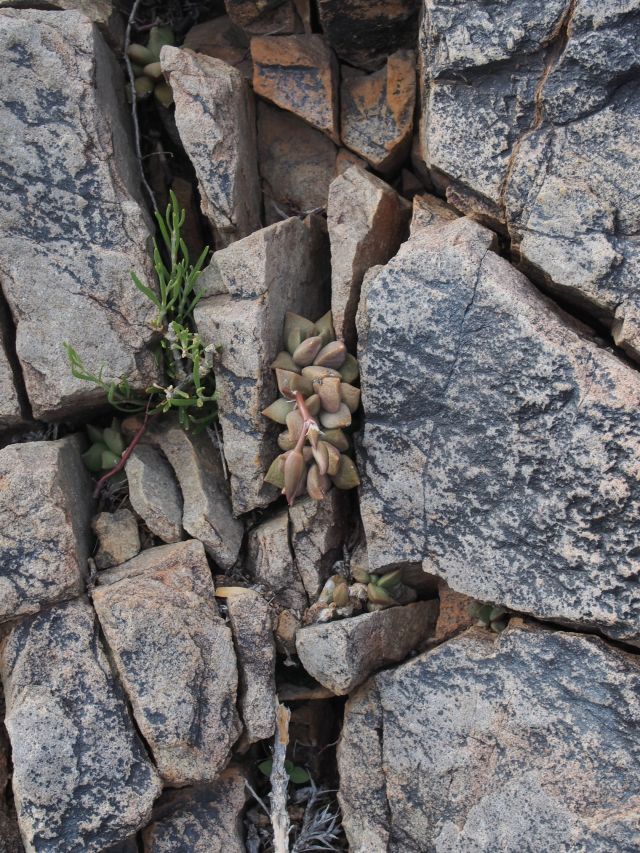 You have to look closely in the cracks to find some of the smaller succulents. This is probably Anacampseros rufescens or a similar species. 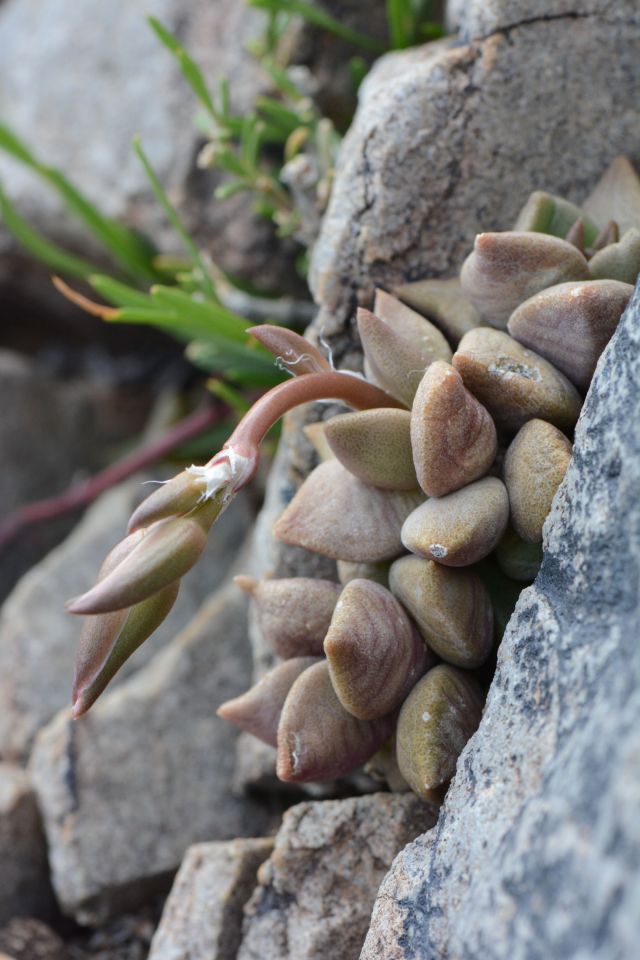 A closer view of the Anacampseros rufescens  shown above. 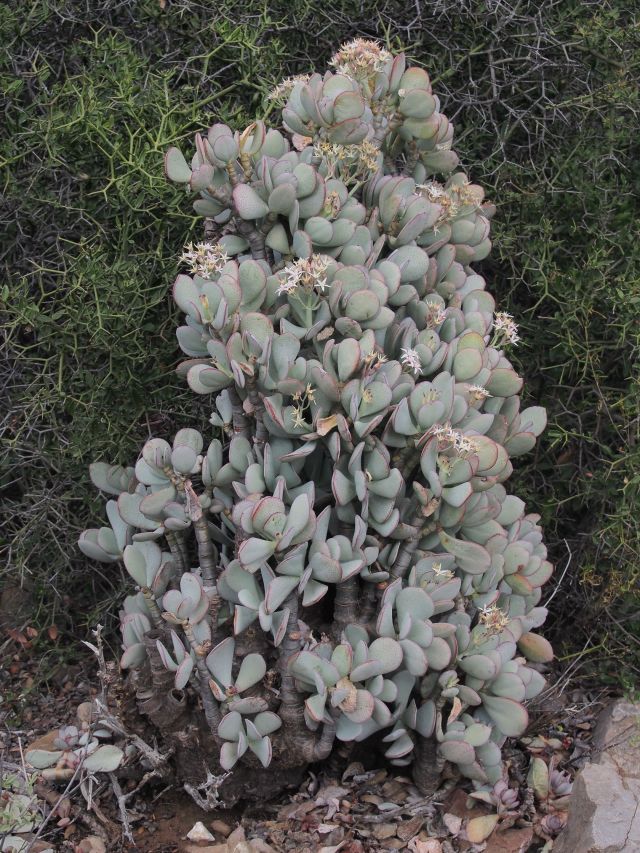 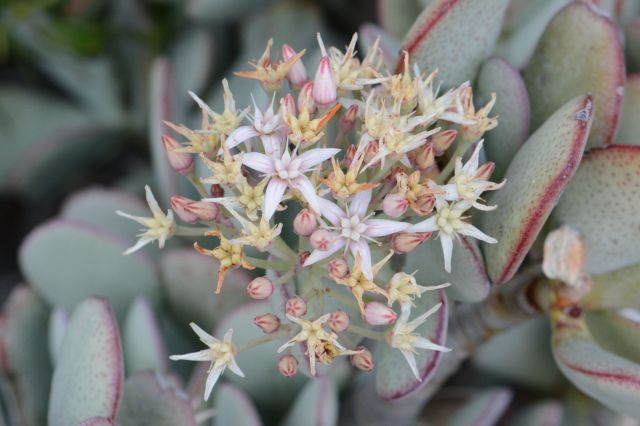 There are some dirt roads you can use at the farm,but they are dirt roads and a high clearance vehicle is advisable.  Otherwise you can make it to the lodge in a regular sedan and just walk around and explore the surrounding hillsides. 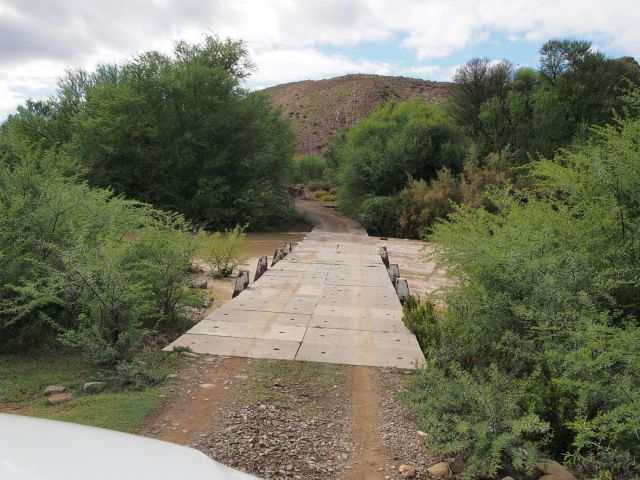 Road between the main road and the farm crosses a river that can sometimes flood.

The night of our stay and while we were preparing our meal in the beautiful kitchen we discovered some night visitors.  These were geckos that come out at night and eat insects that come near the lights. 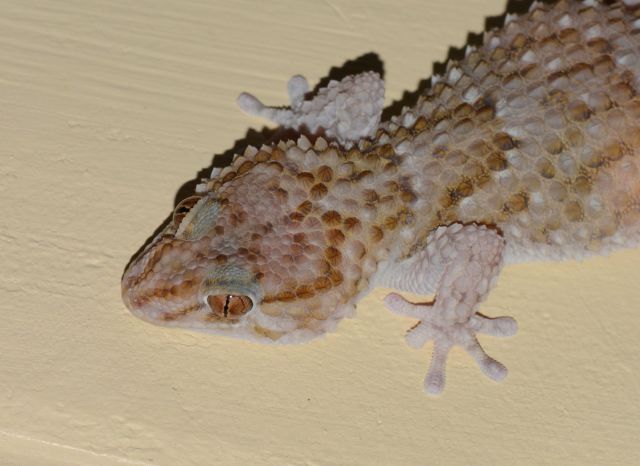 A nocturnal gecko near near the kitchen.

A true country get away,  Wagonsdrift Lodge  is quiet and the surroundings are scenic.  There are good facilities and the prices are reasonable.  All these factors make this a place worth considering for a second visit.  We would spend more than one night to allow for explorations of the areas around the farm.  We would also allow more time for exploring some of the 4×4 roads on the property.